Final Fantasy XIV has been a wild ride. Testimonies from players in the days of the original FFXIV (1.0) says it was a bigger wreck than the ship destroyed in the intro for A Realm Reborn. A Realm Reborn (or 2.0) on the other hand, was received positively well, being a huge improvement from 1.0 in many aspects, although more research needs to be done on what was improved as I only started playing since Heavensward (3.0), which then gave way for even greater improvements: better voice acting, better plot, and better moves for most of your favorite class, in addition to adding 3 new classes which will appeal to your inner edgelord and gunslinger…….and fortune teller. And now, Final Fantasy XIV Stormblood (or Crimson Liberator in the Japanese version, which I much prefer) has come, we come down from going Heavensward and into the valleys of Doma and the rivers of blood of rebellion down in Ala Mhigo. 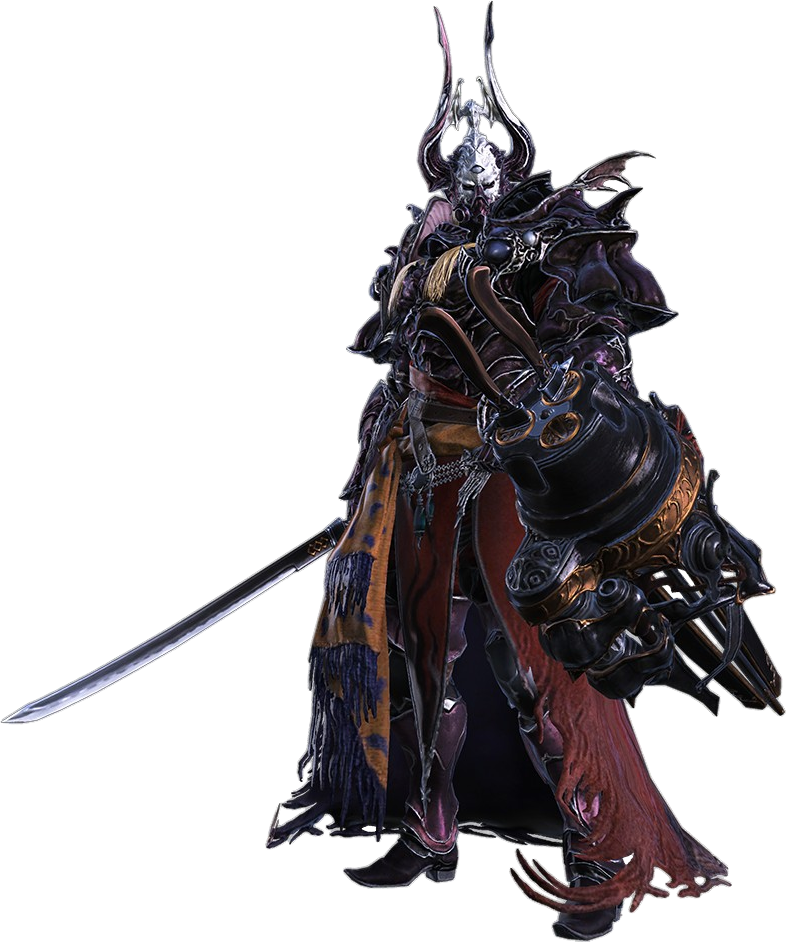 To recap for players who haven’t caught up with the story or people who haven’t played the game: The Dragonsong War has ended, Nidhogg is defeated, Ishgard is at peace with the Dragons and now has also fully become a part of the Eorzean Alliance. However a certain event has caused tensions with the Garlean empire to rise again and thus the Eorzean Alliance (and you, the Warrior of Light, along with the Scions of the Seventh Dawn) is spurred into joining the liberation of Ala Mhigo, a country past the eastern borders of Eorzea, and Doma, a land in the far eastern reaches of the globe, both under control of the imperial rule, under the watch of the XIIth Imperial Legion and their Legatus: Zenos yae Galvus, a literally bloodthirsty Prince with immense strength and combat prowess (who acquired a taste for katanas, no less).

From that recap, the story doesn’t seem all that new, it’s the classic rebellion story we all know, and from my experience playing it, it is the rebellion story we all know and love. Compared to Heavensward twists and turns, this is a fairly straight road, though with sadly not a lot of character development. But that isn’t necessarily a bad thing as the character development is strong, and it is probable that it’s still ongoing as further updates come. Additionally even while it is straightforward and simple, Square Enix’s mastery in presentation make even such a simple thing powerful. The voice acting is simply great and the writing is as well, the soundtrack will boil your blood for the rebellion that is to come, and this is all the better as there are just as much (if not more) voiced cutscenes compared to Heavensward. Now you might not think that’s not much compared to many games nowadays, but this is an MMORPG, and as far as I have seen there are no other MMORPG that has this amount of cutscenes, and even though most of them might be stitched from basic animations they still feel well polished and fun to watch.

However this is still an MMORPG, and what matters most in the experience is what you do in it with the other players that are also playing alongside you. The new content added to the game is impressive. One of the things you will frequently do are the solo story quest duties, in which you enter an instance with the relevant NPCs just as you would a dungeon with other players. As far as I am concerned, they are adequately challenging, fun, and awesome more

times than I have imagined. The amount of the solo story quest duties in this expansion is also numerous, there are so many of them you’ll be fighting alongside your NPC friends through the storyline as often as you go into dungeons with real people.

Speaking of which, dungeons. The dungeons and bosses in this expansion, while there are not a lot to choose from at this point in the expansion, is still pretty diverse in setting and gameplay-wise, from the very oriental looking Shisui of the Violet Tides (pictured) and the Primal Susano, to the Hindi influenced Temple of the Fist and the Primal Lakshmi. Gone are the long winded walks and slow ploughs of the Realm Reborn dungeon days, and in comes the mechanically unique dungeons not unlike the sum that came around Heavensward’s release. In fact every boss is made with certain mechanics in mind that makes you keep your eyes on your surroundings and be more mobile instead of just staying in place doing the same rotation over and over again.

Of course regular mechanics are not the only thing new about the dungeons and the bosses. Active Time Maneuver, which is a little mechanic that debuted in phase 11 of Alexander back in Heavensward, returns and gets a bit more use this time around. What it is is it’s basically a QTE. Yes you heard that right, QTEs in an MMORPG. However unlike what QTEs are more known for, it’s very well implemented and the transition is fluid, not to mention it’s always related to spectacular things happening. Another feature added into the game is the new Duty-action, which is an additional action you may do that is related to the duty you’re in. It basically boils down to using an item or an ability you are given at that point in the story, and is always crucial to finishing the task at hand.

On the other hand, with the abundance of mechanics which makes being mobile a priority, it is a wonder how it is possible to fit many skills into the window of time that’s available to attack the target, not to mention keeping up things such as DoT (Damage over time) and special buffs that require certain attacks to be refreshed. Thankfully those two are no longer a large concern, as the changes in the system has made it less important for DoT attacks and more about putting in as much damage as possible in the chance that you are given and timing your buffs so it lines properly. While I can certainly discuss the changes, I have not mastered all the classes enough to contribute anything meaningful to any discussions about all of them, and for that I apologize.

In lieu of that, I can still positively say that the playstyle of most classes has shifted, especially with the introduction of job-specific gauges that keep track of various gimmicks each job has. One such example is the Blood gauge given to the Dark Knight job, which gives the job another resource other than MP to manage and balance. Whether these changes can be taken as a good or bad thing is a subjective matter, even though in hardcore raiding, the testimony of the community does find certain jobs to be more advantageous to take along while some are less preferred.

One thing to note is at the time of this writing, the new raids has not yet been released as the devs said specifically that they want the player to enjoy the story first, and not race towards the endgame raids.

All in all, the expansion, from start to beginning has been a satisfying experience, save from the slightly rocky start where people are locked out of one quest duty simply because there are too many people trying to access it, overloading the servers. The nice pacing of the story, the well distribution of intense duties with fun fights tells the story well and in an engaging manner. A fresh wave of boss mechanics and playstyle for the jobs keeps you guessing at whatever will come next. And to give a special mention, a climax that could make a real Final Fantasy fan climax for real. No, that is not a hyperbole. This is undoubtedly the most Final Fantasy of modern numbered Final Fantasy games, remakes and spinoffs notwithstanding. And while I would love to elaborate more on the experience, this is as much as I can personally explain without spoiling anything much other than the things that the devs has shown in their announcements and livestreams.